Find out more about Reclamation HERE 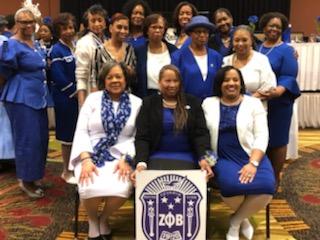 Many Zetas have impacted the work of Zeta through their membership in the Zeta Zeta Zeta Chapter.  Listed below are some of those Sorors: